In addition to trying to make my way through the entire “ladder” of Best Picture Oscar Winners, I also like to try to see every film nominated for the Best Picture Academy Award. I can’t pick which film I’d say should win the award (based on the nominees selected by the Academy) unless I’ve seen them all. I might have a good idea that I wouldn’t like one of the movies, but to responsibly make an informed selection, I need to have seen them all. So that’s what I try to do, every year, preferably before the awards show happens.

Here’s what I thought of the nominees for 2019:

1917 was an absolutely phenomenal film telling a tale with a very simple premise, with believable acting, fantastic visuals, realistic action, edge-of-your-seat intensity from essentially 2 minutes into the film until there’s only 2 minutes left, and it does it in a way that makes it look like it’s all one single scene. I’d be surprised if anyone watching this movie didn’t think it was deserving of being considered one of the top 5 movies of the year. My rating: 95

The Irishman was sooo tiresome that I had trouble getting through it. When I saw it, I already had a bit of a distaste for Scorsese based on his negative comments about the Marvel Cinematic Universe (which I’ll write about in a different post), so I’ll admit that probably biased my opinion a bit. But I’ve never been too excited about Scorsese films. Goodfellas was a good movie that I found mildly interesting. Taxi Driver would’ve been far less taxing if it had been a 6-part mini-series with a bit more runtime but broken out into episodes. The Departed was great. Casino just didn’t seem to provide much of anything different than Goodfellas in a different setting. Wolf of Wall Street was good, but Raging Bull was boring to me. The Irishman wasn’t terrible, but it’s at the bottom of this list for me, and I’d be very disinterested in watching it again unless it’s in some sort of film studies environment where I’m taking the time to understand why others enjoy it, because I didn’t. My rating: 73

I wasn’t sure I initially wanted to see Once Upon a Time… in Hollywood. It’s not because of my thoughts about writer/director Quentin Tarantino, because quite frankly I really enjoy his work in both the writing and the presentation. But I first had to be sure that the end of the movie wasn’t as bloody and graphic as I was expecting from Tarantino involving a pregnant character who was likely to be the target of the violence, based on the story it was re-imagining. Having found out how that all transpired, I was willing to watch it. Not surprisingly, I found this to be a good movie that I also happened to enjoy. It wasn’t phenomenal, but I’ll certainly watch it again. Brad Pitt and Leonardo DiCaprio are a good on-screen duo. I wish Margot Robbie had been given more to do, though, because she’s a phenomenal actress as evidenced in her portrayal of Harley Quinn (that’s right, you heard me) and in Bombshell. I’m sad that Tarantino doesn’t have many more films he’s looking to write / direct in his career, because I could enjoy more historical re-imaginings from him. My rating: 83

I’d never been interested in reading the book or seeing a film adaptation of Little Women before. I’m not sure how closely this version lines up with the others in terms of how the story is told, but I’m interested in finding out because this film seemed specifically suited to the modern era where many women are under-appreciated and often discriminated against. I’m still trying to build my understanding of what makes a movie deserving of a Best Director nomination, but I didn’t see much spectacular on that front in this film despite the outrage about the lack of female nominees. My rating: 85

I’m not sure how Marriage Story felt to people who haven’t been involved in divorce, but as a person whose parents got a divorce when I was 5, for me it was an interesting, emotional perspective on what my parents situation might have been like. There were certainly great performances by all involved, though it was such an emotional journey that I don’t think I’d watch it again. I’d definitely recommend it, though. My rating: 86

I’ve had a few great experiences watching films from Asia, so when I started hearing buzz about Parasite, I was interested. I dragged my wife along with me, and we were both glad we saw it – even before the Academy Awards named it their best picture. It was a slightly weird story, but also very, very good. I wouldn’t recommend that my mom see it, but a lot of people I know probably will enjoy it as much as I did. My rating: 89

Ford v Ferrari interested me because my nephew had told me a bit about the history behind the story, and because of the actors involved. I’ll see just about anything Christian Bale is involved in (and I think I’ve only missed a couple films on his resume), and although sometimes he chooses some interesting films Matt Damon typically does a great job as well. I’ve yet to really venture into becoming a fan of NASCAR, Indy car or other race sport, but I typically enjoy those types of movies, and this was no exception. My rating: 89

Although Wes ANDERSON is probably my favorite director of all time, Christopher Nolan comes in second, and Taika Waititi is quickly moving up to challenge both of them for that top spot. The cast of Jojo Rabbit, and its director, were all I needed to know, and I went into it without seeing a single trailer for it. Scarlett Johansson deserved the praise she got for this film quite a bit more than Marriage Story, Taika Waititi did an amazing job as Hitler, and Sam Rockwell was great as per usual, but the truly great performances of this film were from the younger actors. My rating: 91

Coming close to being as great as 1917 was JOKER. Everything involved in this movie was just exceptionally well done, and I truly wish that Warner Bros could find a way to take an approach like this for establishing the Batman portion of their universe. They’re comparatively low budget and high quality productions that could absolutely provide a financial foundation for creating big budget epics, creating shared universe that could make these lower budget products “must see” movies for general audiences. The film was a bit more bloody than what my wife would care to see on screen, but otherwise I don’t have anything negative to say about it apart from being disappointed that it’s a stand-alone film that not only is unlikely to get a sequel but will also not likely be linked to any larger cinematic universe. Joaquin Phoenix did a phenomenal job as yet another person to take the iconic character and make it their own. My rating: 93 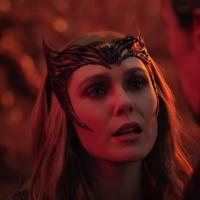 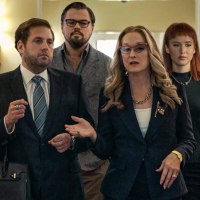