Sometimes the way a movie is marketed through its trailers can do it a disservice. BRIDGE OF SPIES was cast in a light of being about an insurance lawyer put in over his head into a situation where he was negotiating on behalf of the government. Any expectations of James B. Donovan, Tom Hanks’ character, looking concerned as he proverbially tread water beyond his depth were apparently unfounded.

The story was one I hadn’t heard, though apparently it’s because my knowledge of history wasn’t very extensive, because others with whom I was watching the film had already heard about a surveillance pilot shot down over the U.S.S.R. Having served dutifully as the defense attorney for a spy captured on American soil, Tom Hanks’ character is once again asked to serve his country by negotiating a trade with the Russians for the spy plane pilot they shot down. Donovan had already suggested that the Russian spy not be sentenced to death so he might be utilized in trade for a situation like this, showing that even though he wasn’t in the business of international negotiations, that he was savvy enough to recognize how the game was played. It was clear that although he was out of his element, that Donovan was never out of his depth. The only hesitations his character had in being involved in either of the cases were with respect to public opinion about him. That was one of the more interesting aspects of the film, and one that director Steven Spielberg made a point to address in multiple scenes.

Because that thread in the plot and Donovan’s strong resolve in fighting for what he believes in are aspects of the film that were hard to convey in a 45 second trailer which takes only bits of the film pieced together, that’s why the trailers felt misleading, but they should’ve tried harder because the way they tried to pull in viewers was less effective than what they could have done. Aside from it being nominated, I didn’t have much interest in the film.

The Academy Award nominations were well deserved. It was a great story, excellently told with good performances, so the Best Picture nomination was warranted. I have no qualms with it not winning, because it wasn’t even in my top 3 from that list, and the Golden Globes didn’t even nominate it in that category. The production design also really helped set the stage in the varied locations involved. I might’ve had Steven Spielberg nominated instead of the director for SPOTLIGHT, but it wasn’t an egregious omission. Tom Hanks not being nominated for Best Actor was also not a slight, though he gave a decent performance. Mark Rylance wouldn’t have been my pick to win the Oscar for Best Supporting Actor, but he did a nomination-worthy performance, to be certain.

Absolutely above average, BRIDGE OF SPIES doesn’t quite approach greatness. It just somehow lacked the necessary tension to connect emotionally with viewers beyond some of the side plots. The pacing could’ve been increased as well. Someone at film school should take a shot at editing it up to that effect. 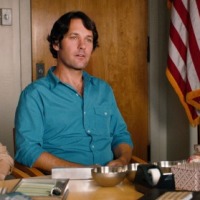 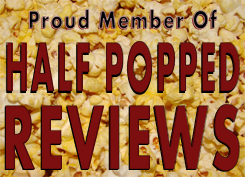