By the time most film series reach their fourth or fifth entry into the saga, the enjoyability factor typically diminishes. Aside from Star Trek and the Harry Potter series, examples are scarce. Even Star Wars hit a bumpy road when trying to build in some prequels. But where others have tried, Creed has triumphed. Given what the Rocky series has given us thus far, it shouldn’t be much of a surprise.

As with everything I’ve seen from him thus far in his acting career, Michael B. Jordan does excellent work with the job at hand. And the task he’s facing, though tall, comes with assistance in the form of a well-written script building up from a strong premise.

He once again teams up with writer / director Ryan Coogler, who previously served in the same capacity for Fruitvale Station, and the resultant film is one filled with characters of considerable depth and scenes driving a well-balanced amount of emotion and entertainment. It feels real. There’s a connection.

As Adonis Johnson, Jordan grasps the multi-faceted nature of the character and puts everything necessary into the performance. You feel the years of hurt, growing up without a father. The temporary sheen of having lived a life of luxury wearing off as the years of struggle bring Adonis back to what he knows just feels natural. Wanting to make it on his own without using the last name of a father he never knew, despite the opportunities it could bring, makes sense.

In terms of being a boxing movie, Creed doesn’t quite match what Southpaw brings to the screen, but it comes close. It sure improves on the in-ring scenes from the first few in the series by leaps and bounds.

The film also utilizes Sylvester Stallone’s iconic character in ways I wasn’t expecting. The trailers show that Rocky trains Adonis, and gets sick, but the way the story unfolds and how it adds another dimension to the film was a brilliant move on Coogler’s part.

As the film’s antagonist, first-timer Tony Bellew does great work as “Pretty” Ricky Conlon. They make his evolution into the villain a subtle-yet-believable one, and he has far more depth than any of the other “villains” in the series, apart from Apollo Creed in the original film (where I might argue he’s not really a villain at all, just an antagonist/character foil). It’s also brilliant the way the writing sets up very nicely for a sequel through a scene in the middle of the film which might otherwise be thought of as a throw-away scene just placed for character development. It feels natural who the titular character’s next opponent will be for the sequel.

And there’s almost certainly going to be a sequel. It made $100 million off of a budget of $35 million. 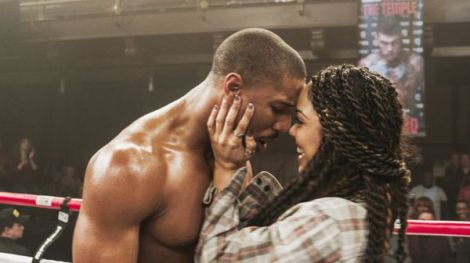 Interaction with family, specifically those who aren’t related by blood, has always been an integral part of Rocky films, and Creed hits all the right notes. Phylicia Rashad fills a very interesting, non-traditional role as essentially an adoptive parent. I look forward to seeing more of the talented (acting and singing) Tessa Thompson in the Adrian-type role as Creed spawns sequels.

If you like the first couple movies in the Rocky series, you’ll enjoy Creed. It has the same feel as the best parts in the series and although I don’t expect it to win an Oscar, I’d say it holds its own with any of them.

One response to “Creed: A Worthy Heir-Apparent” 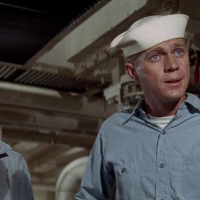