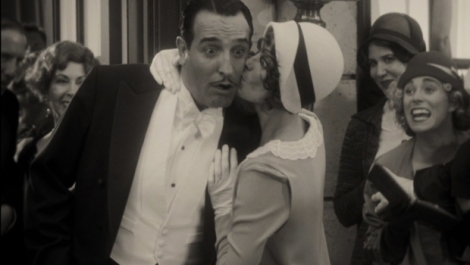 Sometimes by helping others, we end up helping ourselves.

Why I Saw It: Given all the praise it received during awards season, how could I not see it? Though I wasn’t necessarily looking forward to the “silent film” aspect of it, I didn’t let that dissuade me from seeing it altogether.

What Was It About? When Hollywood decides to move in a new direction, how does arguably the biggest star of the prior era deal with his waning popularity and the rise to stardom of a woman to whom he gave her first break?

Favorite Parts: I can’t explain it, but I really enjoyed the three dance numbers they had in the film. The part where he finds “the room” and starts to realize the extent of his lady’s affections was really well executed as well.

The Regrettable Aspects: I’m still not a huge fan of silent films, and although I rated this film high, it would be higher if there were actual dialogue.

Would I watch it again? Absolutely. It certainly had an entertainment value to it.

To Whom Would I Recommend It? To anyone who enjoys classic films.

Next up, CM Punk Documentary. 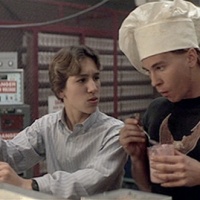